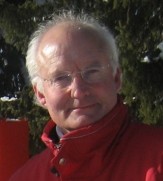 During my years of involvement in agriculture in many different countries around the world, my overriding concern has been to improve food security and agricultural sustainability.  Crop yields have been falling and will continue to do so unless steps are taken to reverse soil erosion, soil degradation and the decline in soil fertility. Indeed, here in the UK, generally low organic matter levels in the soil are being shown up by increased crop stress and wilting during the long dry spells that we have been experiencing, leading to poor crop performance.  At the other end of the scale, we are seeing considerably more erosion and soil degradation with the increased intensity of rainfall that we are experiencing.

CA is characterised by three linked and core principles, namely:

CA facilitates good agronomy and improves overall land husbandry for rain-fed and irrigated production and is complemented by other practices promoted in LEAF’s Integrated Farm Management, including the use of quality seeds, and integrated pest, nutrient, weed and water management, etc.  It opens increased options for integration of production sectors, such as crop-livestock integration and the integration of trees and pastures into agricultural landscapes.

I recently visited a farmer in Lincolnshire who has adopted CA, and employed a no-till regime since 2003 on his three farms totalling 1,250 hectares.  He has found that CA crop production costs are around £130/ha compared with £266/ha for conventionally tilled crops.  Some of this saving is due to lower fuel bills as diesel consumption has fallen from 92 l/ha to 42 l/ha simply by adopting no-till; in addition, soil organic matter levels have increased as shown by soil organic carbon (SOC) which was 2.1% in 2003, 4.6% in 2007 and is now 6.3%.

Nick August, who also adopts CA at his 400ha farm in Oxfordshire, and has reduced his crop establishment costs by £70/ha through converting to no-till.  The switch from min-till to no-till has reduced diesel use from nearly 18 litres/ha to 4.7 litres/ha, and the time taken to drill has fallen from 54min/ha to 26min/ha.

Zero tillage is a key part of Conservation Agriculture

The transition phase for conversion to CA usually takes about two to three years; however, the full benefits of the system often become visible only after five years.  Mechanical tillage is replaced by biological tillage (crop roots and soil fauna) and soil fertility (nutrients and water) is essentially managed through no-tillage, soil-cover management, crop rotations and weed management.  Some weeds and pests create specific challenges but the health and diversity of soil biota help reduce the incidence of weeds and maintain a reserve of natural predators. Improved soil life and cover has a dramatic effect on birds and other wild animals.

I firmly believe that radical changes to farming practices are necessary in this country and elsewhere, to ensure a balanced system with improved soil organic matter and soil biota levels which ultimately enhance the sustainability of soils and increase crop yields. I believe that Conservation Agriculture as part of Integrated Farm Management, by facilitating good agronomy, improved timeliness of operations and reduced variable and fixed costs, is the solution for the future.

This entry was posted in Uncategorized. Bookmark the permalink.

One response to “Conservation Agriculture as part of Integrated Farm Management”